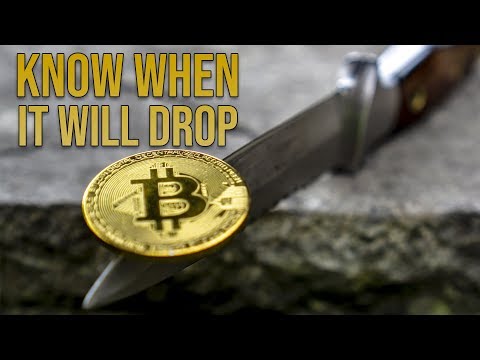 Another really huge issue with the btc community in general, and this reddit especially, is the lack of nuance on price. And again, an unwillingness to accept critique.
There are several scenario that can play out with price, but in some of those scenario, we may even see a huge price pump, while *still failing at adoption*. And I think that's an important distinction to make. Just because wallstreet pumps the price for reasons that only concern the rich and institutions, does not equate to adoption. It does not equate to us making vital changes for the betterment of the network and adoption. It just doesn't.
​
Wallstreet is perfectly content with hyper regulated bitcoin that is totally irrelevant for the common man and unadopted and unused, they are perfectly fine treating bitcoin as a glorified sovereign bond and international form of settlement. That is how the institutions and rich see it. They see it much like they see bonds and gold, and are willing to treat it as such. This is even a positive in some regard because it brings monetary transparency into the banking and wealth sector.
​
But it does not address cypherpunk, emancipatory politics, or global poverty, or individual sovereignty. And it is acheived largely through extreme centralization and hyper invasive surveillance. Be clear, they can pump the price to 250,000 while still controlling everything through Patriot Act, AMLD5, NDAA, and FACTA and the banking secrecy Act. All of which Bitcoin is entirely ideologically incompatible with. But that's just fine, because the rich already comply with those laws (mostly). They already price in the regulatory and compliance costs of an institution, of an offshore tax haven.
​
That's just it. IT's fine for them to do this to btc, because the laws are designed for them. They create the barriers only they can afford to play in, while hurting it for everyone else.
​
The average common man in the world, and any developing country should be able to easily acquire btc without kyc. Period. It shouldn't be a surveillance state. I recently listened to Peter McCormack interview a darkmarket guy and I completely agree. We need to engineer away from on ramps, we need to engineer away from payment gates that involve fiat, and we need to all use coinjoiners and mixing technology. It needs to be the standard. There are so many reasons to use coinjoining for non illegality. Privacy is a fundamental need.
​
And internet 4.0 for finance is contingent on a lot of technology. These aren't really coins either. It is backbone technology to better facilitate bitcoin. But we have to have layer two solutions. It doesn't matter whether it's RSK or plasma, or both, we just need the secondary layer to pay for distributed processing, server function, matching, liquidity, file storage, atomic swaps, network gas, etc. DeFi network value cannot be conflated with the supply and demand of btc itself, we don't need permissioned side chains, we need permissionless open source side chains and interoperatibilty platforms that will protect the privacy of bitcoin and facilitate it on decentralized exchanges. On exchanges that cannot be taken down. To do that we need staggering amounts of technology innovation and thoroughput, that will require people to host nodes, mine and stake these ancillary services to protect the backbone of bitcoin commerce.
​
Anyone who is into toxic maximalism. Let it be known that you are willfully promoting corporate bitcoin supported by massive centralized players who will treat it as a bond or settlement statist instrument. You're promoting the support of bitcoin on an entirely captured regulatory framework and an entirely captured unsafe unsecure regular internet controlled by the clearnet and amazon and google and heavily surveiled. .Org just privatize for fuck sakes. And any DNS can be compromised, any .com site can be siezed. This normal backbone is entirely inappropriate for bitcoin. Centralized exchanges and payment apps like cash app are entirely inappropriate for bitcoin.
​
You should be able to visit a IFPS site, connect a hardware wallet to any DEX or DAPP and immediately trade with the same speed and liquidity of binance and bitmex. The user interface should be simple and approachable to the layman. We need a liquidity interbank controlled by SPV server and dark node. Payment incentives for people to host liquidity to the network on plasma, radon, cosmos, uniswap, eventually all the DEX will simply be connected by interchain liquidity.
​
Crypto has to be extremely unfettered. The regulators and wallstreet have strangled it and will continue to do so. Some people have forgotten that this is a battle for financial sovereignty and protection against wealth confiscation. Only when they realize that they can't control us, will they be forced to sit down at the legislative table and negotiate with common people. You have to bring your government to heel.

Blade, a new cryptocurrency derivatives exchange launching in three weeks, has raised $4.3 million in seed funding from a host of investors, including Coinbase, SV Angel, A.Capital, Slow Ventures, Justin Kan and Adam D’Angelo, according to Tech Crunch.
Prior to starting the company, CEO Jeff Byun and his co-founder, Henry Lee, founded OrderAhead, a delivery start-up platform that was eventually acquired in-part by Square in 2017.
The pair’s newest company shares little in common with their previous venture, but they are bringing aboard some of the same investors to support them. The exchange is tackling perpetual swap contracts.
Perpetuals are a crypto-native trading instrument that Byun says are “arguably the fastest growing segment of cryptocurrency trading.”
They allow traders to bet on the future values of cryptocurrencies in relation to another and the instruments have no expiration dates, unlike fixed maturity futures. Traders can bet on how the price of Bitcoin can increase relative to USD, but they can also make bets relative to other altcoins like Monero, DogeCoin, Zcash, Ripple and Binance Coin.
Blade’s noteworthy spins on perpetuals trading — compared to other exchanges — are that most of the contracts will be set up on simplified vanilla contracts, the perpetuals will also be margined/settled in USD Tether and the company is offering higher leverages on trades.
The crypto exchange is raising funds from Silicon Valley’s VCs, but US investors won’t be legally able to participate in the exchange. US government agencies have been a bit more stringent in regulating cryptocurrencies, so there’s more trading activity taking place on exchanges outside the jurisdiction. Blade itself is an offshore entity with a US subsidiary as its primary market is East Asia.
“It’s kind of a bifurcated market,” says Byun. “Either you have exchanges like Coinbase or Gemini or Bitrex that cater to the U.S. market that are highly regulated or the exchanges that cater to the non-U.S. market that are much less regulated, but that’s where most of the volume is.”
While the company is still three weeks away from launch, the founders have bold ambitions. Byun hopes that Blade will be the CME (Chicago Mercantile Exchange) of crypto.
* More Details Here

J.P. Morgan Early Look at the Market – Thurs 9.14.17 Trading Desk Commentary; For Institutional Investors Only
*PLEASE DO NOT FORWARD THIS DOCUMENT*

Catalysts – big events to watch over the coming months

J.P. Morgan Market Intelligence is a product of the Institutional Equities Sales and Trading desk of J.P. Morgan Securities LLC and the intellectual property thereof. It is not a product of the Research Department and is intended for distribution to institutional and professional customers only and is not intended for retail customer use. It may not be reproduced, redistributed or transmitted, in whole or in part, without J.P. Morgan’s consent.


PLEASE DO NOT FORWARD THIS DOCUMENT

Calendar of events to watch for Mon Oct 2

**J.P. Morgan Market Intelligence is a product of the Institutional Equities Sales and Trading desk of J.P. Morgan Securities LLC and the intellectual property thereof. It is not a product of the Research Department and is intended for distribution to institutional and professional customers only and is not intended for retail customer use. It may not be reproduced, redistributed or transmitted, in whole or in part, without J.P. Morgan’s consent. Any unauthorized use is strictly prohibited.**


SEC DISCLAMIER: PLEASE DO NOT FORWARD THIS DOCUMENT

Catalysts – big events to watch over the coming months

J.P. Morgan Market Intelligence is a product of the Institutional Equities Sales and Trading desk of J.P. Morgan Securities LLC and the intellectual property thereof. It is not a product of the Research Department and is intended for distribution to institutional and professional customers only and is not intended for retail customer use. It may not be reproduced, redistributed or transmitted, in whole or in part, without J.P. Morgan’s consent. Any unauthorized use is strictly prohibited.

FOR THOSE NOT IN US. CSPAN-3 hearing BITCOIN

Anonymous hosting for as low $1.75/month. All our Bitcoin hosting plans go along with premium security enhancements, moreover as different numerous edges, which can assist you fancy premium net options at the foremost reasonable costs. Even, get extremely reliable and secure hosting plans which can supply the next level of stability and your information are going to be hold on fastidiously. Offshore hosting is the practice of hosting your website on a server that is located outside of your country or region. Users that feel hampered by their country’s laws and regulations use servers in countries with more relaxed rules to host their web content with less fear of repercussions. What can you host with our Offshore Hosting Services? You can use our offshore hosting solutions for the following: 1) )If you wish to host your data outside of your own country; 2) If you do not want your data or identity to be shared with third parties; 3) If you are seeking freedom of speech; 4) If you wish to host legal age adult content, gambling, movie websites, etc. Finally, Bitcoin Web Hosting is a leading web host service if you’re primarily interested in hosts that accept Bitcoin (other options available as well) for your e-commerce business. You get to pick your host server, with the options of U.S., Europe, or offshore servers. Regardless of what you are searching for, be it a cheap VPSs, an offshore VPSs, or a Windows or Linux VPSs, Bitcoin VPS is always a good choice. VPS hosting features Virtual private server hosting offers more power than the basic shared hosting, yet it’s much cheaper than dedicated server hosting.

The value of Bitcoin changes minute-by-minute making this marketplace have a constantly changing cost/value dynamic. It is possible to lose money mining bitcoins if the economic ratios go against ... Abelohost: https://bill.abelohost.com/aff.php?aff=186&page=ssd-shared-hosting-pro Benefits of Abelohost: Pay with bitcoin, anonymous hosting, Offshore accoun... The skyrocketing bitcoin value and interest have created scarcity in the bitcoin miner hosting market, with many hosting providers full to capacity. ASIC hosting space is running out everywhere ... Bitcoin is a volatile instrument and can move quickly in any direction. Crypto Oracle is not responsible for any trading loss incurred by following this advice Category Bitcoin price is it going up again? is it coming back down to $6k? This video outlines some key indicators that will allow you to accurately predict when bitcoin will move up or down. Right now ...